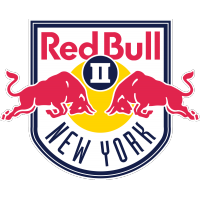 In the 2016/2017 season, Red Bulls RDS launched the Pre-Academy teams, a comprehensive year-round travel team experience for the top U10 & U11 players in the tri-state area. In doing so, the nation’s leading Academy feeder system changed the landscape of youth soccer in the Northeast.

Fast forward six years, and in a key milestone for the program, Erick Ruiz became the first Pre-Academy graduate to represent RB2, in last Wednesday’s USL match-up against Memphis 901.

RDS graduates are no stranger to the big stages. Indeed, in 2016, Tyler Adams became the first former RDS player to play in MLS, before a successful stint with RB Leipzig, and now Leeds United of the English Premier League. Tyler was quickly followed by other former RDS standouts Ben Mines, James Sands, Henry Kessler, and most recently, Zach Ryan. Three of these five RDS graduates now frequently feature in the US Men’s National Team, and some even may be in the conversation to represent the USMNT in the 2022 World Cup.

Despite this relative success, it’s worth noting that before 2016 the RDS existed only as a supplementary training program, where youth players would play their regular team soccer elsewhere, complimenting their training schedule with extra RDS training. Erick’s achievement is unique, in that he becomes the first youth player to play exclusively with RBNY from such a young age and go on to feature with RB2.

Additionally, having been signed by Academy Affiliate, Ironbound Soccer Club, at the age of 11, Erick has represented Red Bulls at every level of their player development pyramid. He continues to thrive every step of the way.

“Erick’s attributes were different from his peers, even at an early age,” said Simon Barrow, Senior Manager of Player Development. “He already had the mindset of a young professional, demonstrating all the qualities we look for in our players. He was humble, hardworking, and committed to improving those around him, which is why he frequently wore the captain’s armband for us. It’s no surprise to see that continued throughout his time with the Academy.”

Gareth Tyack, Pre-Academy Manager adds “We’re delighted to see Erick’s progress and excited to see the impact it could have on the current crop of youngsters hoping to follow in his footsteps.” He continues “They have another role model to look up to, not just in terms of what he does on the field, but more…