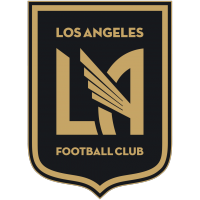 Mahala Opoku and Carlos Vela scored eight minutes apart late in the first half to help LAFC come from behind to defeat Seattle Sounders FC 2-1 in front of a capacity crowd at Banc of California Stadium on Friday night.

The home side fell behind 1-0 in the 14th minute when Jesus Murillo redirected a cross into his own net. LAFC appeared to equalize just before the half-hour mark, only for a Carlos Vela goal to be called back for a handball. However, LAFC did equalize in the 35th minute when Mahala Opoku hit a left-footed shot just inside the post from outside the box. Eight minutes later, Vela did score, getting on the end of a Jose Cifuentes cross and volleying it past the Seattle goalkeeper for the eventual game-winning goal.

With the win, which featured the home debuts of both Giorgio Chiellini and Gareth Bale, LAFC remains atop the MLS standings with a 15-4-3 record for 48 points. The club, which has now won five straight home matches dating back to May 18 and is now seven points ahead of second place Austin FC.

The Black & Gold will be back in action on Wednesday, August 3 when they take on Club America in the Leagues Cup Showcase at Sofi Stadium. The club returns to MLS action on Saturday, August 6 when it heads to Utah to face Real Salt Lake. That game will kick off at 7 p.m. PT and will be broadcast nationally in Spanish on UniMas. It will also be available on the radio on ESPN 710 AM, ESPN LA App, and 980 AM La Mera La Mera.

With the win, LAFC is the first team in MLS this season to record 15 wins.

LAFC is now 15-0-1 when scoring two or more goals in a game this season.

LAFC’s 38 goals scored are the most in MLS this season.

With the two goals tonight, LAFC has now scored in 37 consecutive regular season home games dating back to August 22, 2020.

Giorgio Chiellini and Gareth Bale each made their home debuts in the game. Sebastian Mendez made his debut for the club, coming on as a second half substitute.

Mahala Opoku equalized for LAFC in the 35th minute with his fifth goal of the season.

He now has a goal or an assist in three of his last four games.

Latif Blessing, who was playing the 160th game of his MLS…