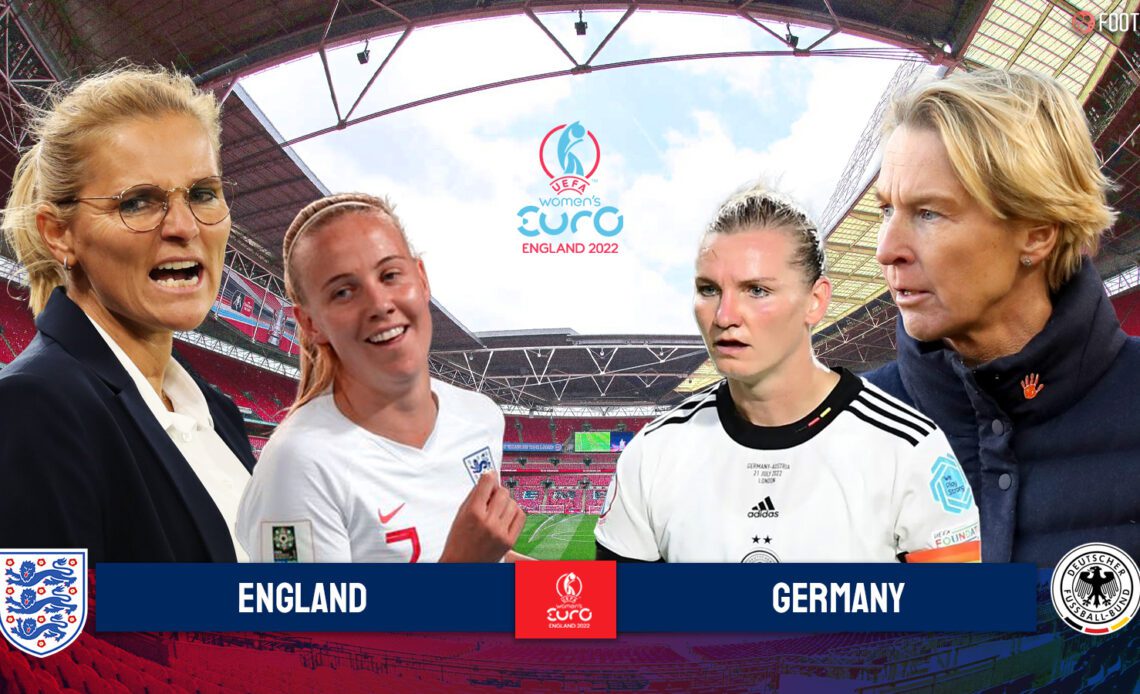 A national team from England winning a major tournament? It has happened already this year, and it is on the verge of being repeated! Standing in the way? An old rival.

The Lionesses have been on an absolute tear in the Women’s Euros 2022. They demolished Sweden 4-0 in the semis to march into the showpiece event on home soil.

England have been the dominant side in the tournament, with all of their players playing superbly. Beth Mead, Leah Williamson, Ellen White, Lucy Bronze, and many more make up the mixed nature of the squad.

Manager Sarina Weigman is a veteran of the game whose leadership skills has been vital to the team. England were semi-finalists in 2017, and the have the best chance to break the duck by winning their first-ever major piece of silverware. Moreover, maybe they can show the men’s team how it’s done.

Germany are two-time winners of the World Cup and have been champions in the Euros eight times. Therefore, it is no surprise that they start as heavy favourites, despite being on hostile territory. Moreover, Die Nationalelf are led by Alexandra Popp who has netted in five consecutive games which is a competition record.

Alexandra Popp has scored in 5 straight games in the #WEURO2022, tying Michel Platini’s record which was set way back in 1984’s edition.

Additionally, Popp is ably supported by Kiara Buhl, Lina Magull, and Sara Dabritz, among others. Manager Martina Voss-Tecklenburg had made over 100 appearances for the national team, winning four Euros.

Furthermore, she has also won silverware at club level. Therefore, her troops will be fired up to keep the glory days going.

England are unlikely to change a winning combination from the match against Sweden. However, Alessia Russo can get the nod over White in attack after her spectacular back-heel goal.

Like their opponents, Germany will stick with the same formation that helped them pip France in the semis.

For England, there are a number of options to choose from. However, Mead has been performing at a superb level after shining with Arsenal.