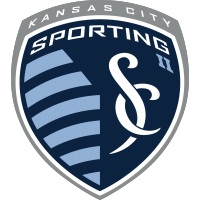 Sporting Kansas City II (7-6-2, 23 points) improved their road winning streak to four matches after a 2-0 win over Colorado Rapids 2 at The University of Denver Soccer Stadium on Sunday night. Cole McLagan scored his second goal of the season to give SKC II the lead and Julian Vazquez blasted his fourth to increase the lead.

First-year head coach Benny Feilhaber made a formation change, bringing on Mikey Lenis to play right wing-back and slotting Jahon Rad in the middle of the backline. McLagan and Esai Easley played on either side of Rad with Joseph Addo Tetteh playing on the left.

Feilhaber’s high press, intense form of soccer put Colorado on the back foot right out of the gate. The pressure from SKC II’s front three forced a turnover which led to a shot hit just off target. The end-to-end action kicked off as Colorado launched their first attack two minutes later. McIntosh showed his smarts, coming off the line to deter a cross from the endline allowing McLagan to come back and clear it. The ensuing corner was played out for a goalkick. McIntosh then made an easy save, catching a long-range effort with ease in the middle of the goal.

In SKC II’s attacking half, Coan latched onto a ball rolled through the middle and sent it inches wide of the goal. In the 11th Colorado had one of their more promising attacks in the form of a corner, played off McIntosh’s palm, off the crossbar and headed over the endline.

In the 18th minute, Tetteh sent a near-perfect ball to Vazquez on the back post. The would-be goal scorer was unable to get this one on target as his touch let him down at the final moment.

At the half-hour mark, Rapids 2 nearly pulled ahead after an SKC II miscommunication at the back. Colorado was able to get on a ball stuck between McIntosh and the backline but the SKC II keeper did well to touch the ball off the attacker, allowing the ball to be cleared. Colorado retained possession but Easley was there to block the attempt.

The centerback was called on again seconds later as he retreated back to clear a chipped attempt that was floated over McIntosh away from goal. Rad got in on the clutch defending in the 36th…