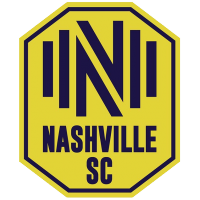 NASHVILLE, Tenn. – Nashville Soccer Club extended its home unbeaten streak to 25 matches in all competitions with a scoreless draw against the San Jose Earthquakes in front of 28,672 fans at GEODIS Park on Saturday night.

One Shy of Top Five: Nashville SC extended its home unbeaten streak in the regular season to 22 matches, the sixth longest in MLS history. The Boys in Gold are one result shy of tying LA Galaxy and Colorado Rapids for fifth all-time.

Joe Says No X6: Nashville SC goalkeeper Joe Willis recorded a season high six saves and is one shy of tying a career-high for saves in a match.

has gone 25 home matches straight unbeaten across all competitions with 22 MLS Regular Season, two Audi MLS Cup Playoffs and one U.S. Open Cup. The unbetaen streak dates back to Nov. 4, 2020

is now 4W-4L-3D against the Western Conference this season

has tied against San Jose in their two ever meetings

missed scoring at home for the first time since May 2, 2021